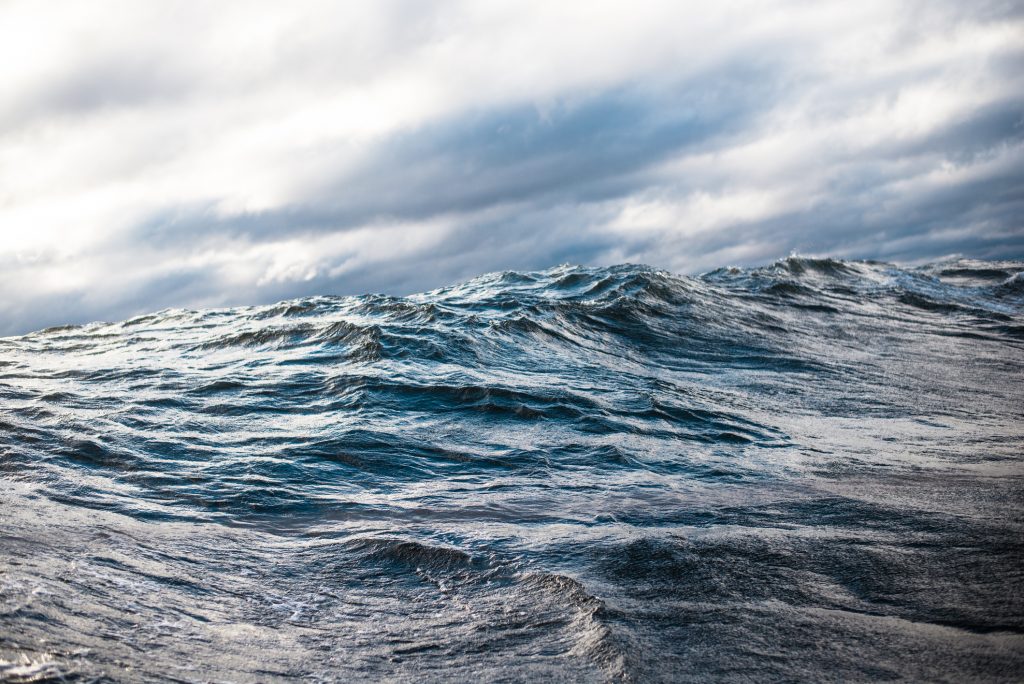 Over the last few decades, rapid technological progress has helped further our knowledge of the marine environment. If we are to study marine environments accurately, data collection needs to cover every scale of time and space, from the micro-layer of the sea’s surface to deep-sea environments, and com-plex geographic areas, especially land-ocean interfaces. The development of sensors and support software is now focused on the integration and processing of data collected by an array of sensors. Progress means increasing miniaturization and greater data collection and storage capacities. The developments and applications appear to be infinite but new technologies are only useful if these large data sets can be validated. The marine technology ‘gold rush’ is based on the ongoing development of techniques to analyze huge data sets. Marine ecology is thus now squarely placed in the realm of ‘Big Data’. New technologies are inspiring new concepts in ocean sciences as they make it possible to cover organism behavior and the dynamics of ocean systems in the same study.

Laser technology is not entirely new but its recent application to marine ecology systems is of great value. Lasers provide excellent spatial resolution for measurements at every scale. For example, laser-induced breakdown spectroscopy (LIBS) is used to analyze the spectrum of matter in any state (liquid, gas or solid) and, in theory, detect all the elements, the only limit being the power of the laser. Meanwhile, advanced laser fluorometry (ALF) measures various parameters of a sample’s fluorescence (intensity, spectral wave length…) for greater accuracy. The latest airborne LIDAR (remote sensing technology) systems detect diverse molecules and are especially useful in characterizing organic compounds. Laser scanning instruments produce detailed topographic and structural representations of habitats for behavioural studies. Finally, real-time 3D laser imaging systems have been developed to study organism behaviour. In the field of acoustics, our capacity to analyze ‘sounds’ has improved considerably. Interferometric and mono/multi-beam sonar now have greater resolution and reduced distortion levels. New systems are emerging, such as the sonar able to create a 3D image of underwater objects, 3D multibeam sonar able to work in turbid environments, passive hydrophones used to identify the origin of unior omnidirectional sounds and detect ultrasounds to track marine organisms, and finally acoustic telemetry to monitor aquatic animals.

The arrival of small remotely-operated vehicles (ROV) and autonomous underwater vehicles (AUV) has considerably extended researchers’ ocean exploration range (cf. III.8). These vehicles are constantly improving and provide virtually continuous measurements, operating at depths of less than 1 metre, in difficult conditions and enabling personalised configurations that can be modified on-the-go. New systems use scanners to circumvent obstacles and have powerful vertical propellers so they can be used in complex environments. Aerial drones are also increasingly used for ocean sciences, with some surprising applications. Aerial photogrammetry, for example, has helped scientists to monitor the health condition of killer whales and provide an accurate estimate of births and mortality. This technology is also used to monitor coastal erosion, map algae and seagrass beds and analyse whale breath. These vehicles and probes may be equipped with ‘motion reference units’ (MRU) with accelerometers that measure g-forces such as gravity or those caused by changes in the device’s movement. They have many diverse applications, e.g. compensating the movements of probes, controlling the direction and bearing of vehicles, or measuring waves. Accelerometers are also used to measure biological responses (vibrations, shell movements…).

What Is The Future For Marine Technologies?

New sensor technologies will continue to develop rapidly. Advances with consumer electronics also drive progress in marine technologies. As they become more accessible, they enable measurements at a finer scale and increase the range of biotic and abiotic parameters that distinguish an ecosystem. Nonetheless, the increase in data collection capacity is faster than the ability to analyze the data; developing new algorithms is thus a priority.

One key area of technology change is the addition of smart technologies to existing physical sampling systems. For example most of the existing sediment sampling equipment in use today lacks in-situ imaging, motion, and measurement sensors. This equipment blindly captures seafloor samples, yet with simple sensor, upgrades would have the potential to collect critical co-located information to help us better understand seafloor dynamics and habitats. For example, these sensors can provide near-bottom oxygen concentrations, plan view images, conductivity and temperature data, and position and motion capture metadata.

The progress made in marine technologies also has a significant new overlap with biotechnology. The detection of environmental DNA (eDNA) will change the way biodiversity is studied. In situ eDNA detection systems are now available on the market and can be controlled by portable computer platforms. This offers huge potential for the monitoring and detection of pathogens or non-native species. In this new technological age, sensors created will match the scientific question posed, and their development could go as far as the human mind can imagine, with, however, one limitation, the development of accompanying software that makes possible using these devices efficiently.

Gravity provides smart feedback and in-situ sensors for the majority of its sediment sampling and towed imaging equipment including cameras, CTD’s, and MRUs. Contact us today!

Thanks for all the fun memories this week Oakland …….😝 ... See MoreSee Less